Download and Review Valheim Mods,  Top 3 Armor Valheim, Best Armor Sets Currently In The Game And How To Craft Them.In the game, Valheim to get armor for defense is very important. In Valheim, Survival is your first and foremost priority in Valheim

The upgrades to the Greaves and Cuirass require a substantial amount of additional Iron each. The second tier requires 3 bars for each item, the third tier takes another 6 bars each, and the fourth and final tier requires an additional 9 bars of Iron. 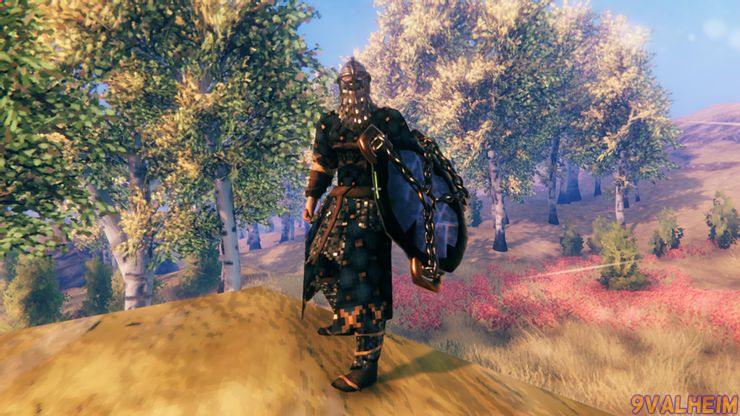 Even though the helmets in Valheim typically require fewer materials to craft, that isn’t the case for the upgrades. Upgrading the Padded Helmet to tier two requires an additional 5 Iron, another 10 for tier three, and 15 more for tier four.

Being the best armor in the game, Padded Armor requires a more involved crafting process than the other sets.

When considering flat-out defense, Padded Armor is hands down the best armor in the game so far. Each piece of the set offers a base 26 armor rating and is lighter than the Wolf Armor, weighing in at only 10 units apiece. You will still take a -5% debuff to movement speed from the greaves and cuirass each. Still, in terms of switching between this set and Troll or Wolf armor for their respective bonus effects, it certainly lightens the load in your inventory and gives you superior protection. The full Padded Armor set’s total base protection equals 79 points, but when each piece is fully upgraded to the highest tier, that total rises to 100 points of armor protection.

The exclusion here is once again the cloak. The Linen Cape provides the same 1 point of protection, weighs the same 4 units, but doesn’t offer the additional benefits of the Troll or Wolf Cape.

Wolf Armor is the next set that stands out with a base armor value of 20, each weighing the same 15 units as the Iron Armor set. The Wolf Cape is the exception here again, as all Capes in the game currently provide only 1 point of protection and weigh 4 units. 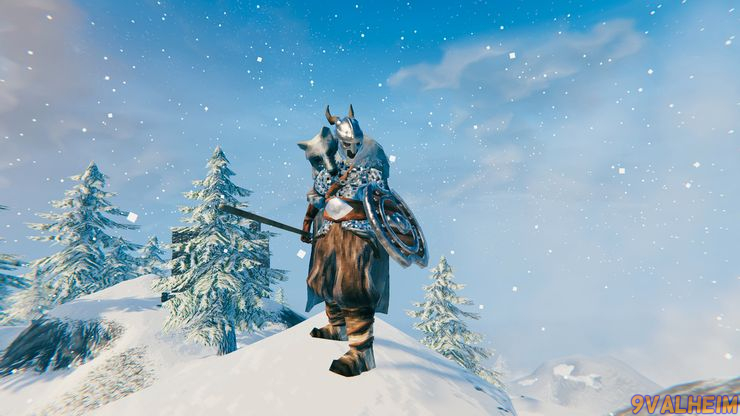 You’ll probably want to upgrade from the 6 point defense provided by Troll Armor before you are able to craft the wolf set. But keep in mind the Bronze and Iron Armor sets are extremely weighty for the defense they provide. Bronze armor is essentially redundant as it only provides a 2 point increase in protection when compared to the Troll armor and weighs 5 units more, so it’s recommended to hold out for the Iron Armor you’ll be able to craft soon after.

Back to the Wolf Armor, this is the set you will want for long treks through the Mountain biomes for the Frost Resistance buff provided by the chest piece and cape. Unfortunately, the key materials used to make Wolf Armor (wolf hide) can only be hunted in the Mountains’ harsh climate.

In order to gather the resources required, you will need to brew and consume some Frost Resistance Mead. You will then have ten minutes to make a pointed expedition into the Mountains to farm the materials and get to milder temperatures again before the effects wear off. Because there is a substantial amount of materials you’ll need to gather, it’s advised you craft some extra Frost Resistance Meads to have on hand for the journey. 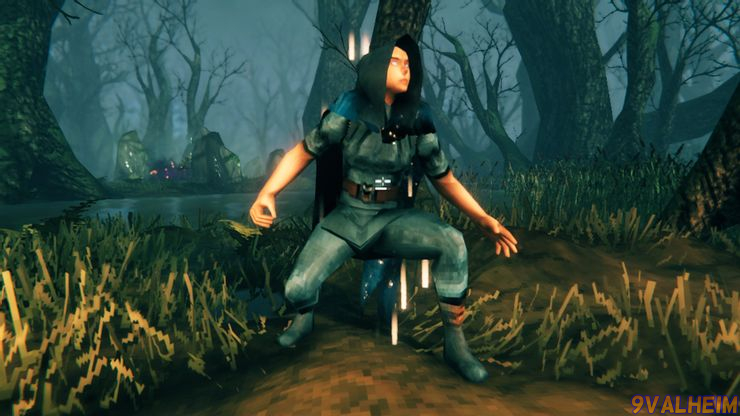 Troll Armor is the first substantial protection you can equip yourself with in the game. It provides a 6 point defense for each article, which is substantially more than the 2 point base protection Leather Armor provides, and it weighs the same 5 units. The only exception is the cloak, which offers the same base defense and weight as the Leather Cape. This is the strongest armor you can wear without taking a -5% movement debuff.

What truly makes the Troll Armor set stand out as the best armor in the early game is its Sneak buff. Each singular piece of armor, including the Troll Cape, grants the wearer a 25% Sneak bonus. That’s a full 100% buff when wearing the entire set.

What is Valheim all about?

Prove your worth to Odin by helping him reclaim the long forgotten lands of Valheim. Survive in Valheim’s hostile environments by gathering resources, building outposts and farms, and slaying the monsters that stand in your way. Work up your courage and strength to take on the nine Forsaken Ones to free Valheim from their grasp.

Is Valheim built for multiplayer only?

No, Valheim can be played either as a singleplayer or a co-op game. But we would of course highly recommend you to play it with a few friends if possible!

Does Valheim have a Sandbox mode?

No, it does not. We have discussed adding it though and might do so in the future, if the demand is there.

The visuals of Valheim look kind of old, what is up with that?

We have chosen a stylized graphical look that blends low-resolution textures and sparse polygonal detail with modern materials, lighting and post effects. The visuals are inspired by the early days of 3D graphics, like the style seen in PS1 titles and old DOS-era 3D games (before hardware acceleration and texture filtering was a thing).

On which platforms will Valheim be released?

Valheim will be released on Windows and Linux via Steam. A Mac-version will be released if there is any significant demand for it. There are no plans to release on other platforms as of the time of writing but we won’t rule out console versions in the future.

Yes! Valheim fully supports the Microsoft Xbox360 gamepad. It does also support the Xbox One gamepad, due to differing protocols however one or two buttons might have different functionality, but we’re working on it!

Can I customize my in-game ‘stuff’, such as weapons and armor?

Some items can be customized, like choosing paint jobs for almost every shield and pick colours on linen capes.. It is quite possible there will be more possibilities for customizing all sorts of stuff in the future but right now we’re focusing on the mechanics and general contents of the game.

Can I customize the appearance of my viking?

The Player character is fully customizable with the choice of two body types and a number of different hairstyles, beards, and complexions

Will I be able to use mods?

We won’t have official support for mods.

When is Odin satisfied?

The Allfather is overseeing development closely and he gets more and more satisfied each day that passes… Odin has very high standards though and he is still not quite ready to let us release the game. But rest assured the release date is coming, you won’t have to wait until Ragnarök!

Yes! Valheim will be available as an early access game on Steam.

Can I help in any way?

Yes! The best way to help us is by Wishlisting the game on Steam and spreading the word! 🙂