Spider Queen Reborn Mod 1.7.10 reverses the role of the player in Minecraft by placing them in the role of a monster instead of a human. As the Spider Queen, you will be able to see better in the dark, climb up and swing from walls and ceilings, catch monsters and humans, and use them to create new spiders that will protect you from danger. Create an army and a family! Be a monster today. 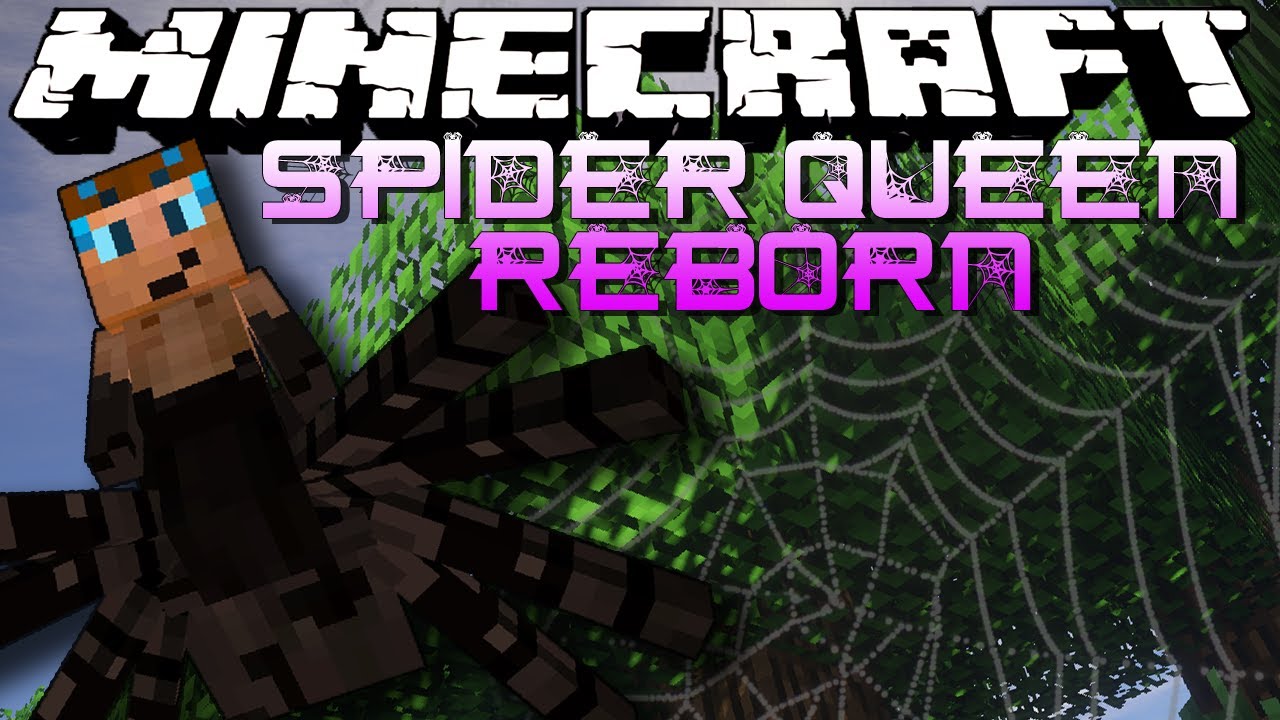 Explore the darkness to your heart-s content. Make friends with the skeletons, creepers, and zombies by giving them hearts, skulls, and brains. Befriend the creatures of the night! Battle roving bands of humans, or be friends with them. Create an army and a family! Be a monster today.

This mod puts you as the Spider Queen (Or King) and gives a whole new spin on how to play the game. 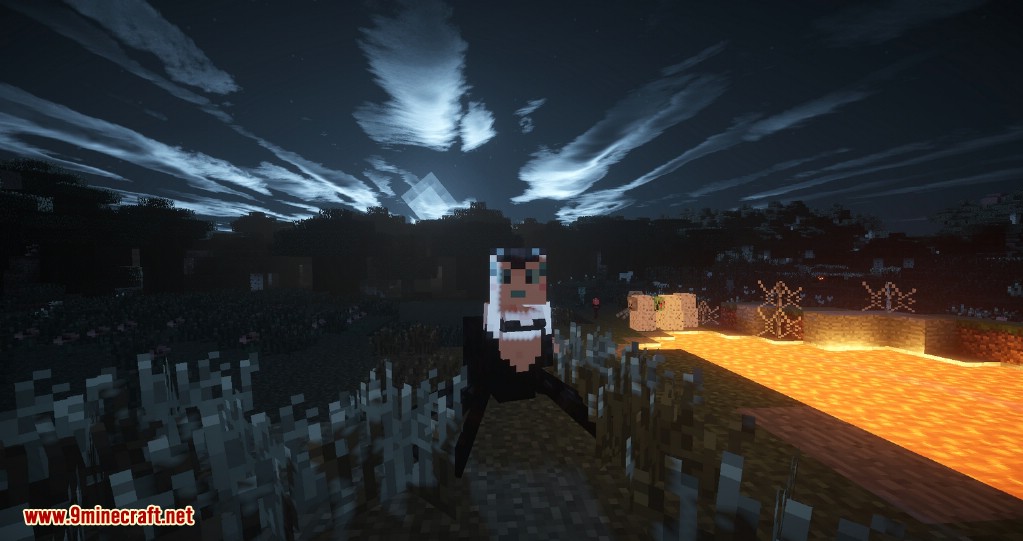 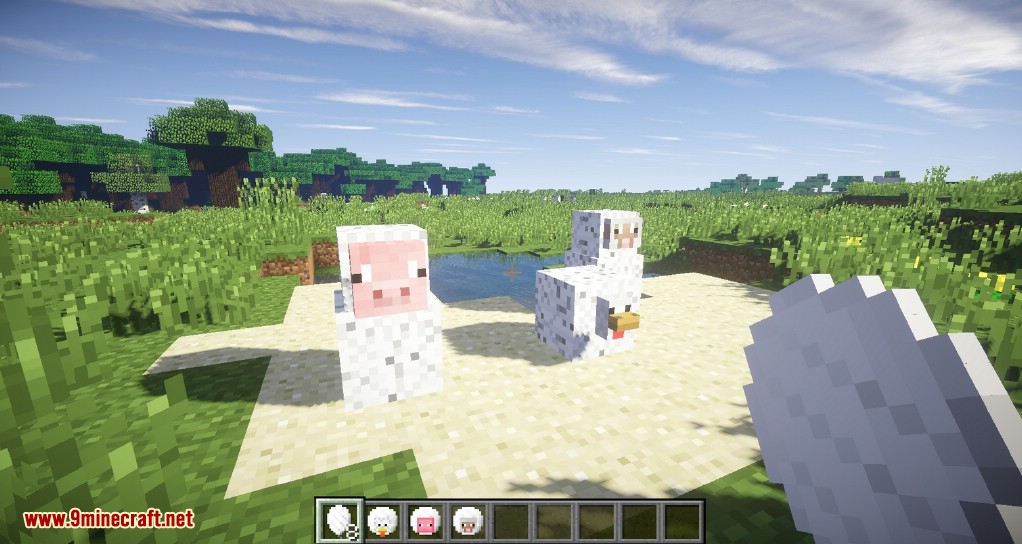 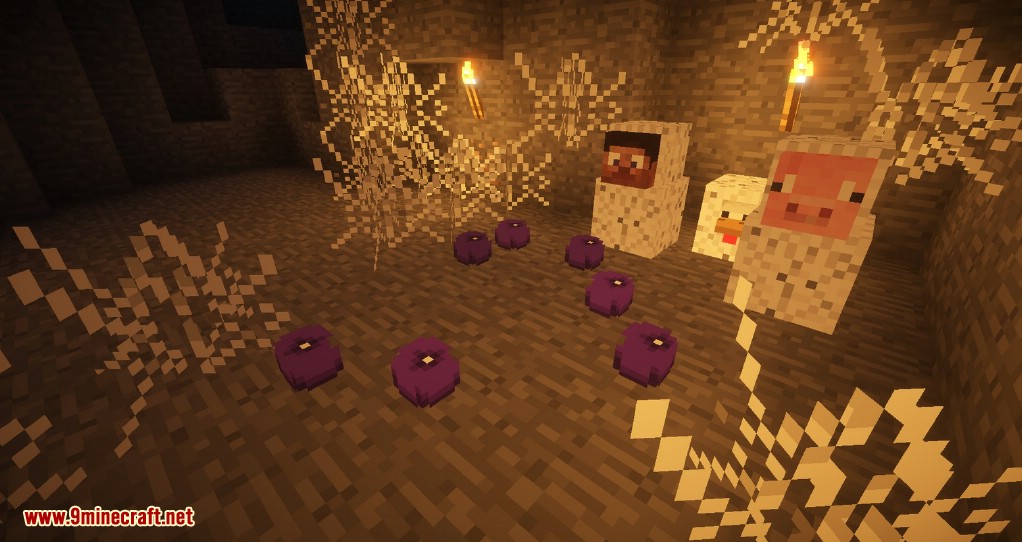 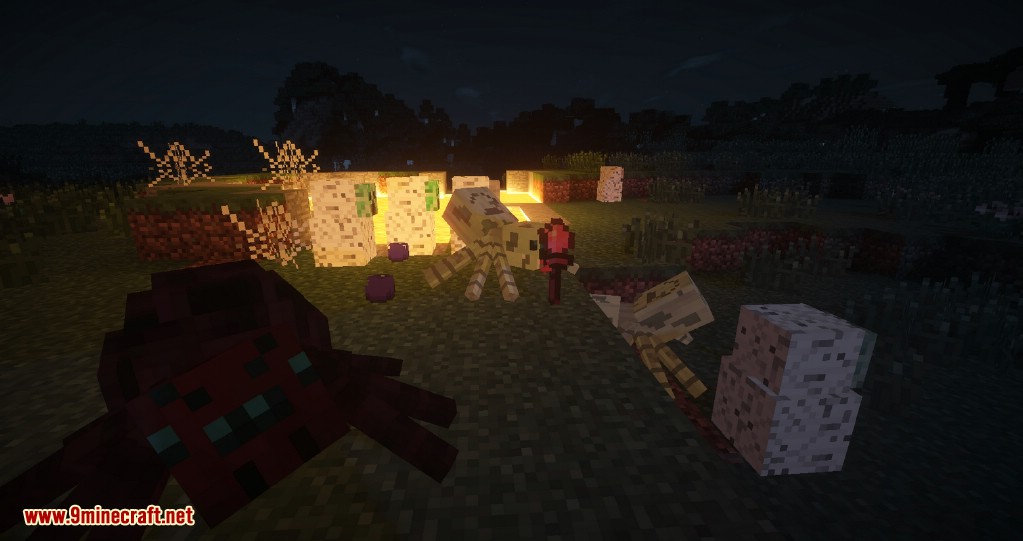 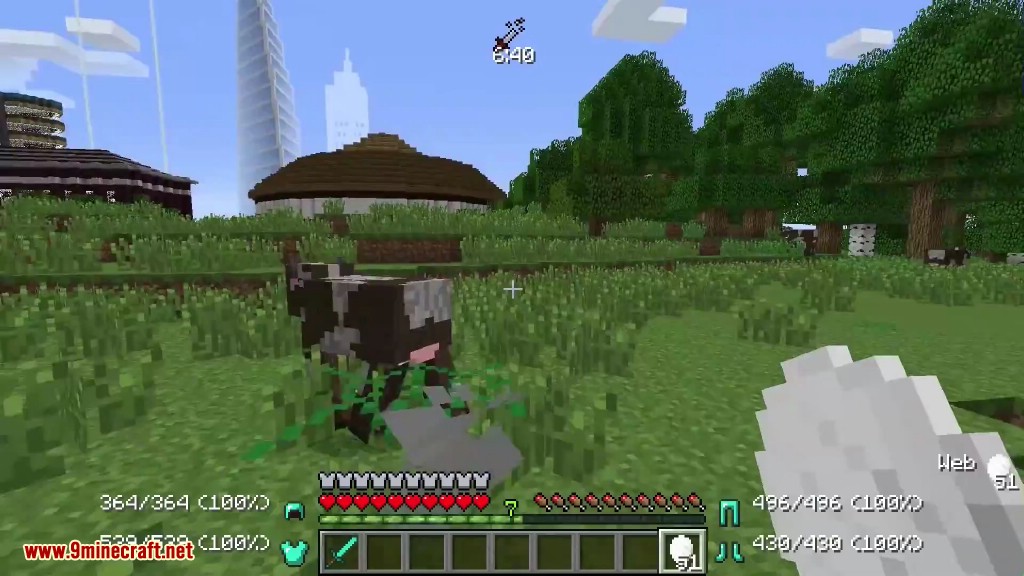 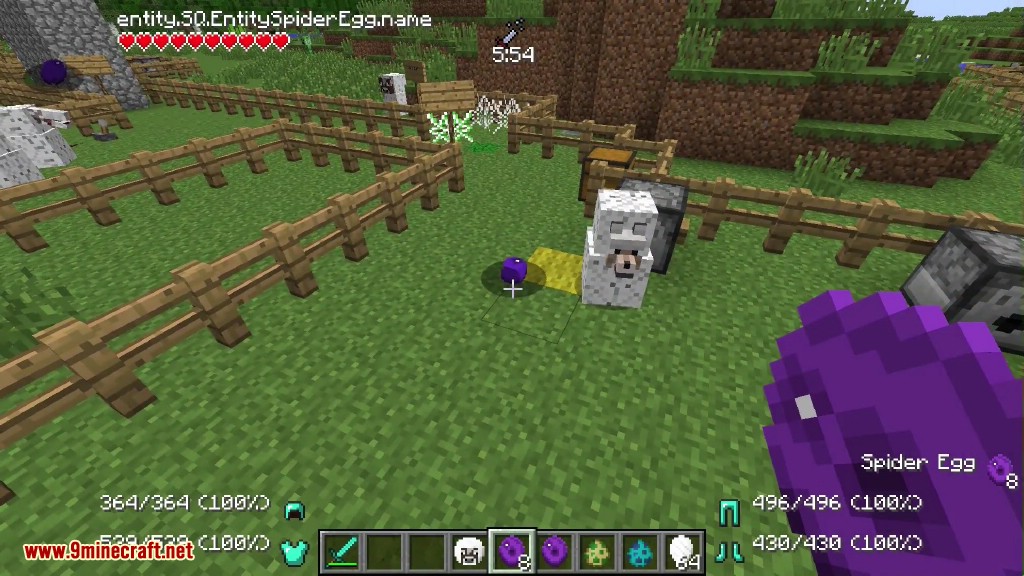 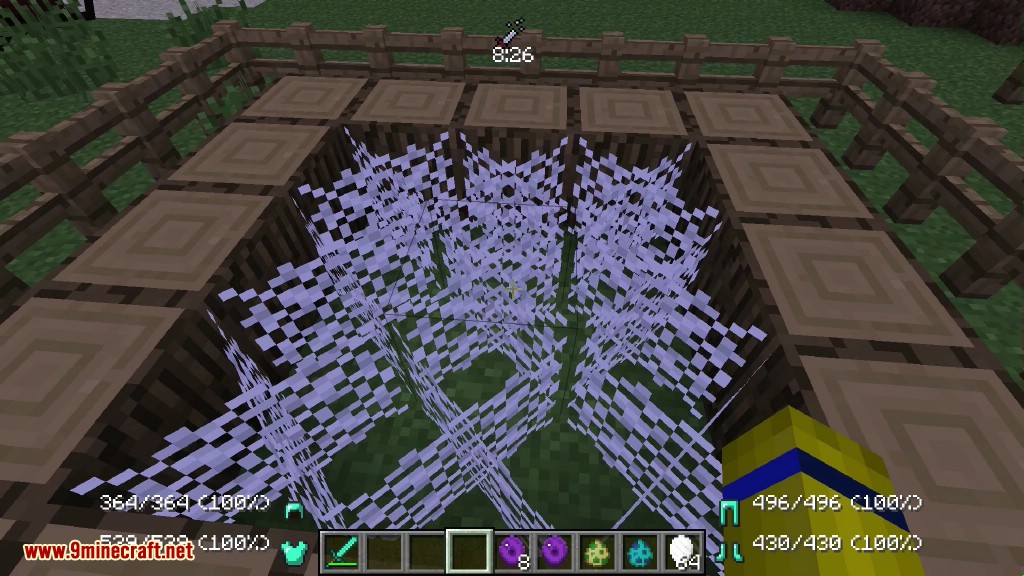 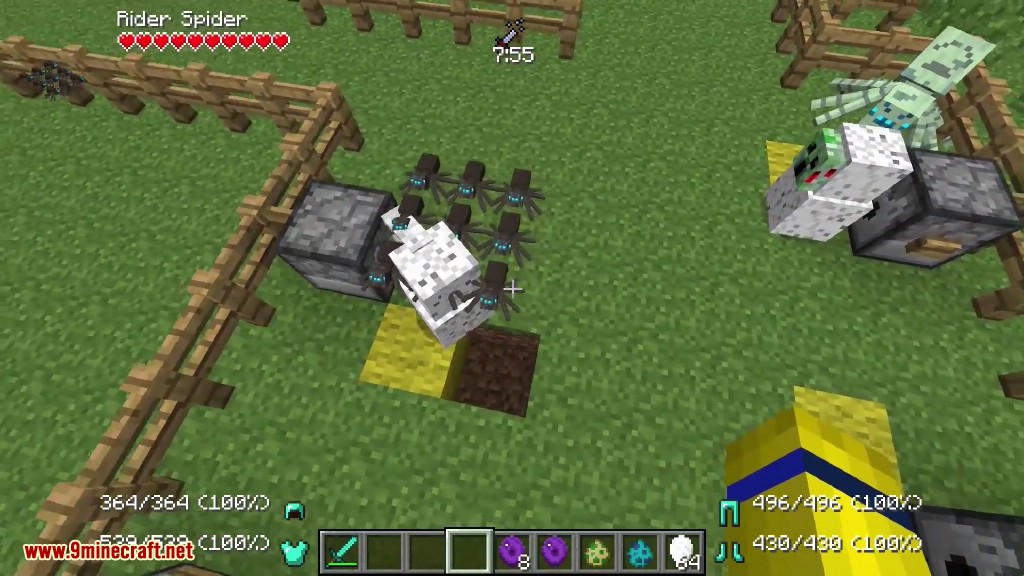 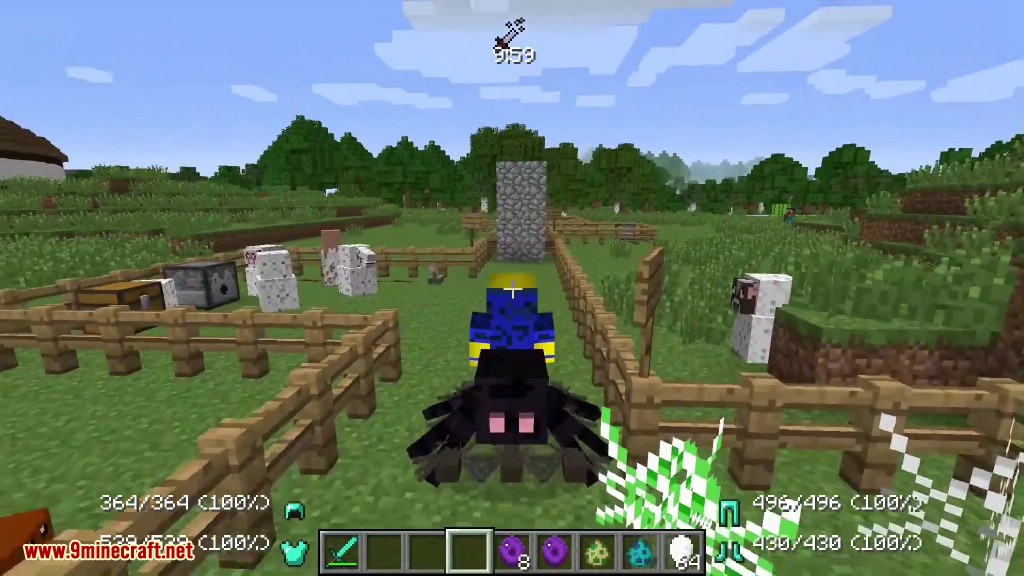 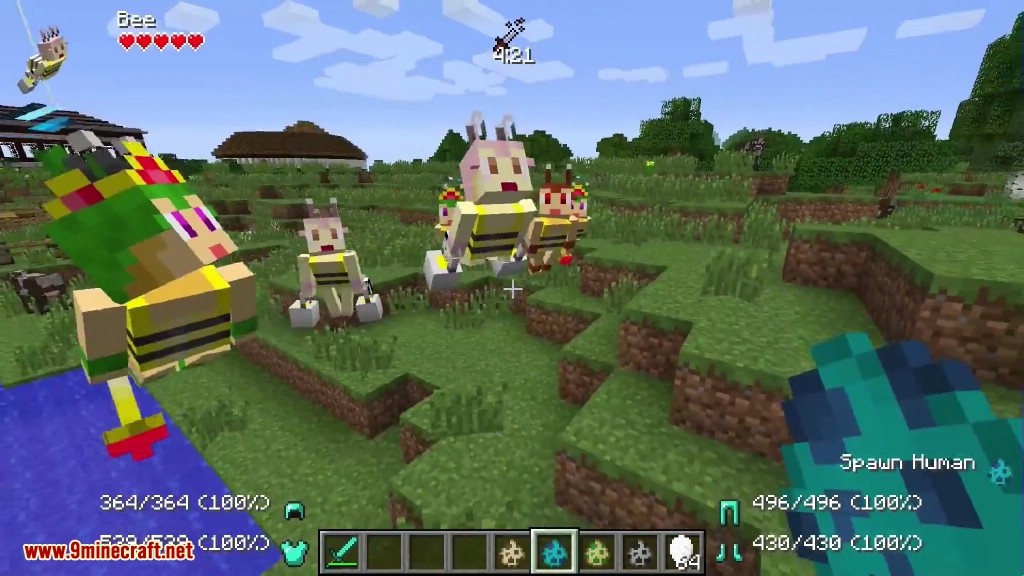 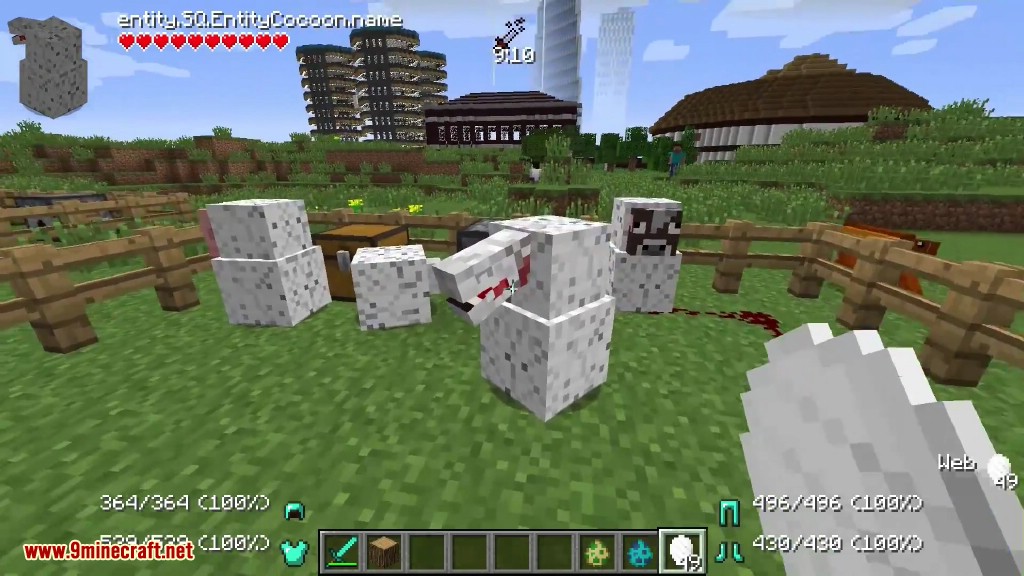 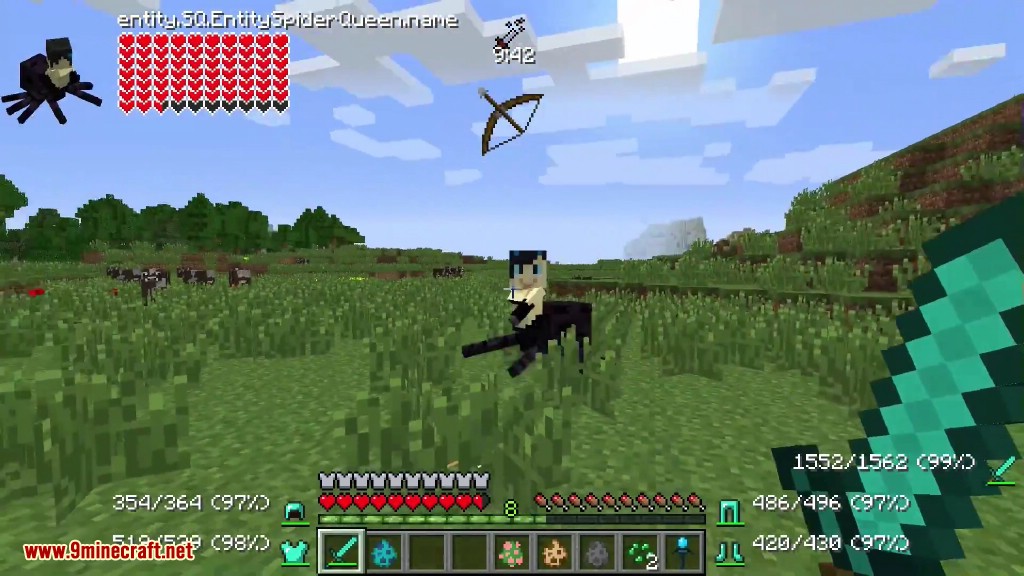 Web: Web is crafted using three bits of string in any order. Use it to cocoon creatures or climb walls.

Poison Web: Poison web hurts any creature that steps inside of it. They-re great for traps!

Spider Rod: Use a spider rod to make your spiders and friends follow you. Place it on the ground and they will stay around it. You must lure a friendly bee with flowers, not the spider rod.

Recall Rod: Instantly spawns all of your spiders and friends at your current location. It will not call a friendly bee back to your location you must use a flower to lure it to you.

Web Slinger: This is a fun item! Jump to reel yourself in or sneak to drop down.

Spider Bed: Create a 5×5 frame using logs and fill in the remaining 3×3 square with full web. Shoot the ground twice!

Once you lay an egg it will grow into a spider after a few minutes.

Be careful where you place your eggs. A newly hatched spider will consume the nearest cocooned creature, which may or may not give it special abilities. Below are all of the special spiders and their abilities.

If the creature you-ve cocooned is not one of these creatures, the spider will become a normal-sized retextured spider with no special abilities.

If there is no cocoon nearby when an egg hatched, the spider will be extremely small and weak.

This is NOT correct! Shoot each web again. 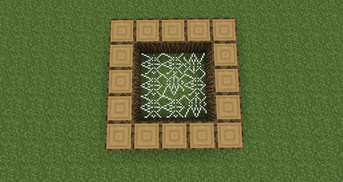 This is correct! You will see the web-s texture change. 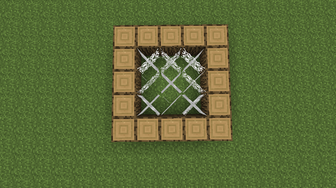 You may also notice that previously hostile creatures will no longer attack you. This is because Spider Queen uses a reputation system. If you maintain a good reputation with a group of creatures, they will be friendly towards you and even aid you in fights!

However, if you kill creatures, your reputation will suffer with that group.

To increase reputation: Gift a member of a particular group of creatures an item that boosts reputation.

To decrease reputation: Kill members of a reputation group. With each kill, you have a 20% chance of getting your reputation lowered.

Hint: To kill creatures without affecting your reputation, use an invisibility potion!

If a reputation group likes you enough, they may give you one of their own to assist you in fights. You are notified when this happens.

Spider Queen adds several new creatures to the game. These are all detailed here:

Factories are rare structures that spawn in plains, savannas, and deserts. They are inhabited by humans who have imprisoned random mobs from reputation groups.

You can break into factories and loot them as well as free the imprisoned mobs. To free them, simply right-click them when you see them. You-ll get a huge reputation boost by freeing them!