How to take animals around the world with Teleport Wolves

In the game Valheim – Norse mythology, there is an indispensable part besides the human element which is the dynamic. One of the outstanding animal mods that you cannot ignore is Teleport Wolves.

What can Teleport Wolves do for you? The developer created this mod to help your wolves follow you through portals. So how can you use this mod effectively and take your pets with you around the world? Find out with us in this article!

Like at the beginning of the article we introduced, the Teleport Wolves mod is created by game developers to help your wolves follow you through portals. According to the developers, with this small BepInEx plugin, you can easily take your pet wolves (and other domesticated animals) worldwide. So now nothing can stop you and your army of pawns.

To teleport a wolf, place it with you and step through a portal. Teleport Wolves has since been published, has attracted thousands of players downloads because this mod is extremely easy to use. The server is not required to install the plugin. Each player with it can teleport their domesticated pets. 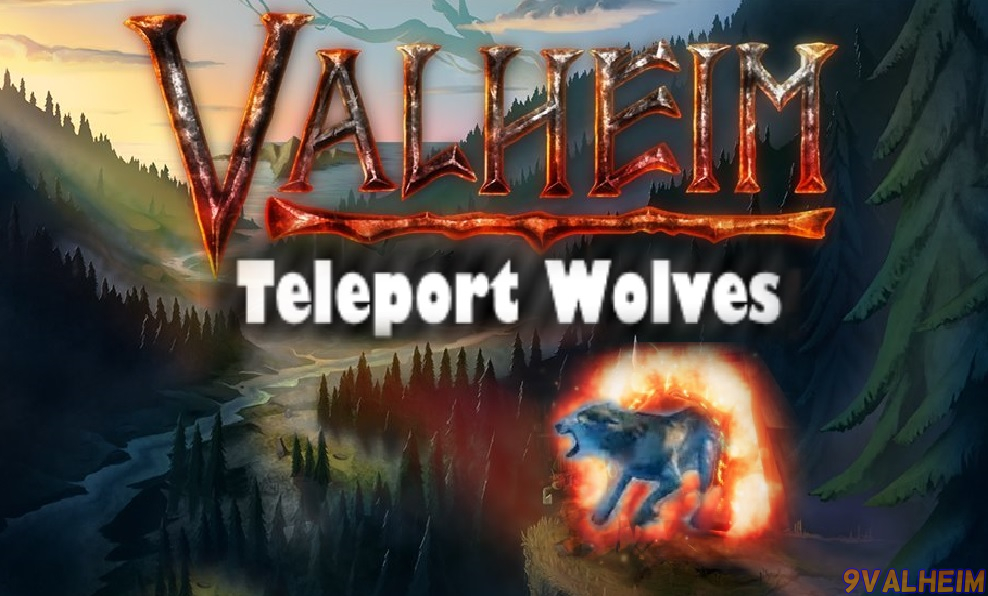 You can also set up to teleport all domesticated animals in a separate radius when sneaking through a portal. That way, it is possible to teleport boars and foxes and other animals. Remember to keep this principle carefully when playing the game to avoid losing your time! Time is money.

To install this mod is quite simple. You need to unzip the contents of the “plugins” folder into “<GameDirectory> Bepinex plugins”.

A configuration file “Toawy.TPWolves.cfg” is created after you start the game once. And so you can use the mod for the animals you love!

With thousands of downloads, Teleport Wolves has received a lot of positive reviews. Such as ‘Great mod’.

I love tame wolves in this game and now having the ability to take them to distant castles I’ve built is amazing!

Thanks again for this mod.

‘Favorite mod’ but found a problem. If you have your wolves in stay mode, say like in a cage for them, then teleport to take them with you.

“I love this mod, it works really well … Can you add a mod that can teleport wolves to you when they’re too far away if they follow?”

As for questions, questions that need troubleshooting of players are always answered by the developer in the discussion section. There are many questions about the mod installation, about use, about how to set the move for wolves and many other questions. So if you have any difficulties or questions that need support, don’t forget to leave a comment!

Wish you have fun games with Teleport Wolves mod and remember to follow us to get more useful information! Thank you so much!