[Guide] Tame a wolf in Valheim

[Guide] Tame a wolf in Valheim

Valheim wolf guide: From taming to crafting wolf armor. As you explore in forests and mountains you will meet a lot of wolves. You can defeat wolves with weapons, and take their flesh, or simply shoot a bow and arrow that can defeat. You can tame them, rely on the wolf cave to make Valheim armor. 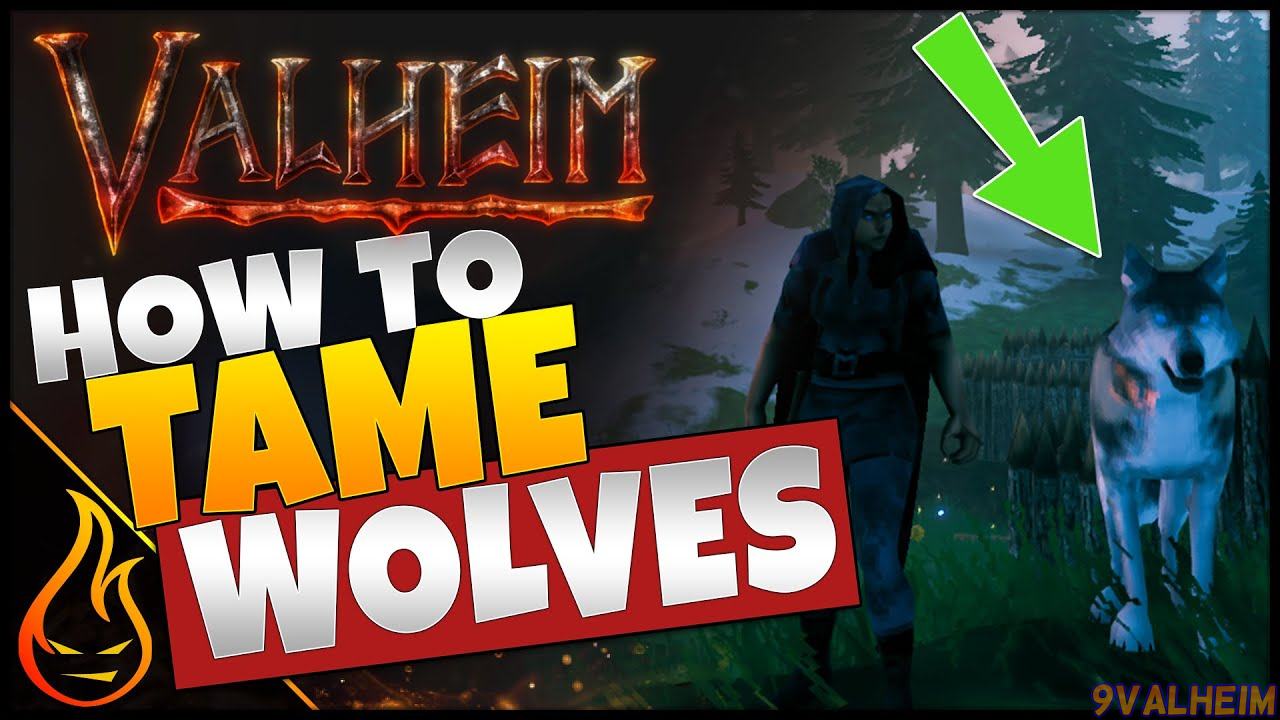 Not only are they pretty cute – if you can learn to ignore their constant howls – they also protect your base and buildings well. If you have enough of them, they can even take down an invading troll within seconds, thanks to their super fast attack speed.

With all that, this is the way to tame a wolf and craft Valheim’s wolf cloak.

How to tame a wolf in Valheim

Require: Valheim workbench, plenty of wood, some food to boost your health, around five or six pieces of raw meat, and a bit of patience. Oh, and access to the Mountain biome which should be fairly easy to locate on most maps.

First of all, you need a wolf. You can often see them patrolling from the edge of the biome. Chop down a tree or two to see if that brings any curious wolves your way—while still making sure you’ve got somewhere safe to run. Once you’ve found a candidate, build a pen using stakewall—the wall’s durability ensures the wolf won’t be able to break out when you initially trap it. Leave a gap so you (and the wolf) can enter and build a platform that looks down into the pen. You also want to make sure there’s a lower platform that you can sprint jump onto from inside. 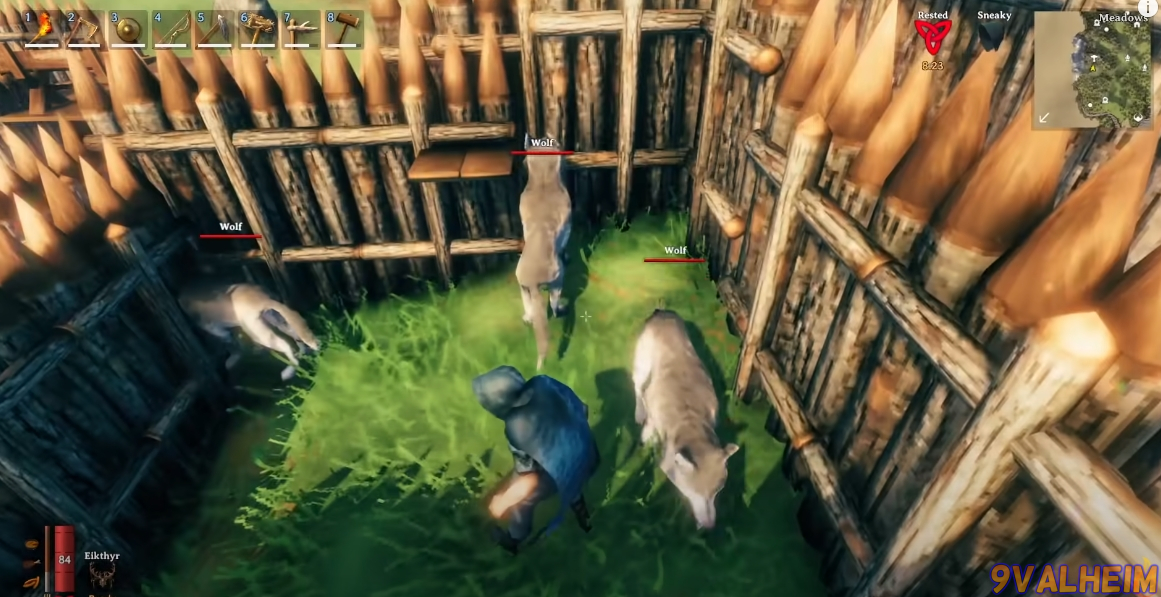 Once you’re prepared, it’s time to use yourself as bait. You can either do this bit fully geared—with frost resistance potions or a wolf cape—or just ensure your health is over at least 50. Run towards the wolf to get its attention—you shouldn’t have to worry about the freezing debuff if you’re not there for more than a few seconds—then sprint back to your pen. Using Eikthyr’s power helps here, but it’s not required. Jump up onto the platform and quickly build the final bit of stakewall to trap the wolf inside. It’s not going to be too happy at this point and will be attacking the walls trying to get out. Throw in three or four pieces of raw meat then retreat and the wolf should calm down.

You’ll know the taming process has started because the wolf will have yellow hearts floating above it. As long as it has access to meat, it should take about a day and a half to tame. One point to note, though: If you leave the area, the taming process seems to pause so you should try to stay close by. You can check on it now and again and repair the stakewall as needed, but be aware that every time you approach, the wolf will become agitated and start attacking it again.

Once the wolf is tamed, you can interact with it to follow you or stay, though the latter command will let it wander in a certain radius of that spot. If you have two tamed wolves, you can breed them. Simply feed them both to give them the ‘happy’ status and let nature take its course.

How to craft the Valheim wolf cape and armor