Goblins and Giants Mod 1.7.10 adds a lot of new mobs and a dimension. It isn-t even nearly done yet right now, but there are already quite a lot of new mobs, items and blocks. The final plan is to have about 8 new dimensions where you need to collect a key from a very strong boss. When you have all of those keys you can get to the final boss. In every dimension there will be a lot of cool gear etc. 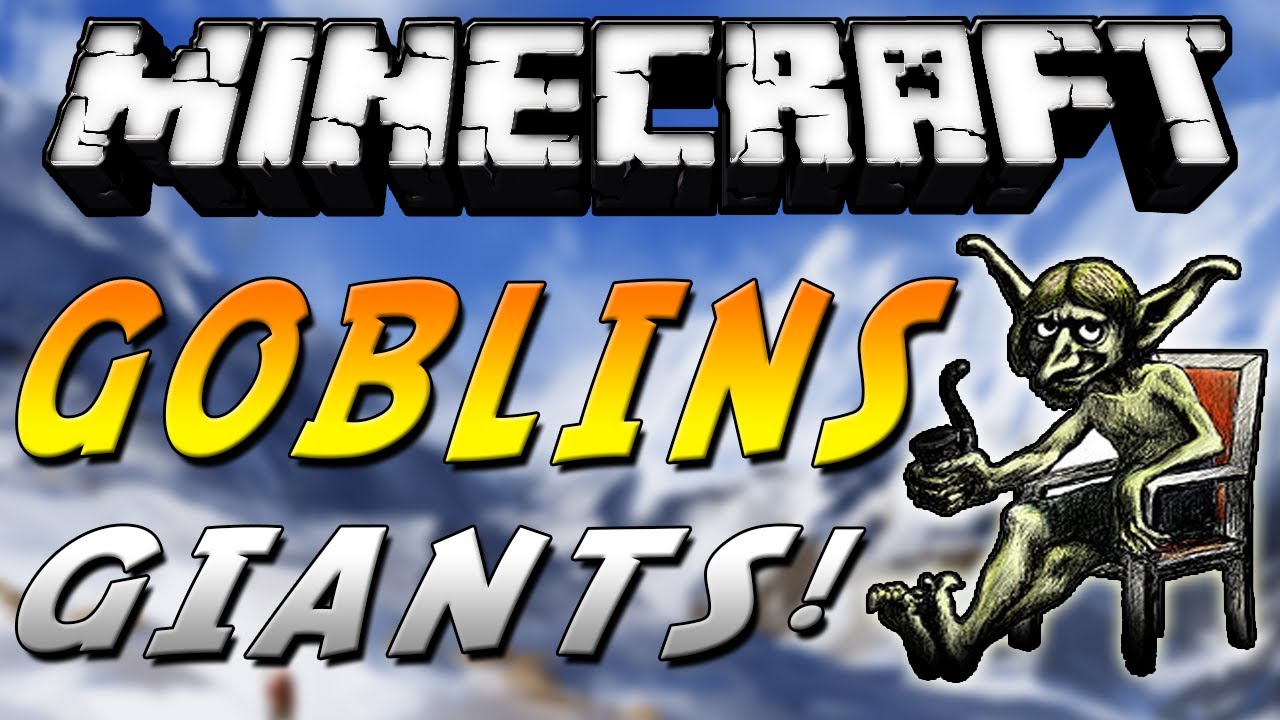 You can get into the Savannah dimension, by finding a Savannah temple in the desert. They look similar to normal desert temples, but they are filled with monsters, traps and more chests. The temple is shown below. 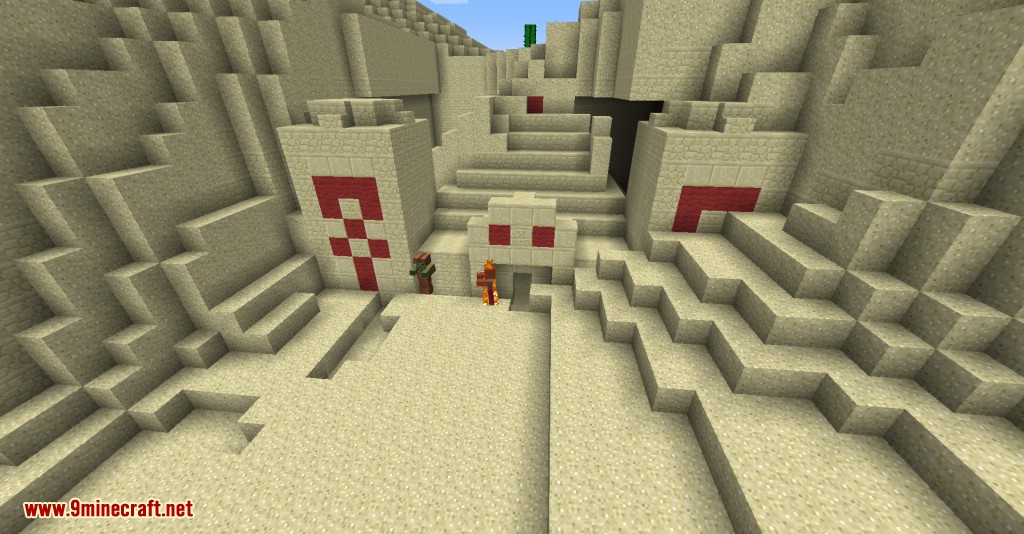 This is the vampire. This mob will spawn in any biome except for the nether. It needs a low light value to spawn and burns in the sun. When they die they will spawn a vampire bat. They do 2 hearts of damage when they hit you.

It drops vampire blood. Vampire blood is pretty important in Goblins and Giants. 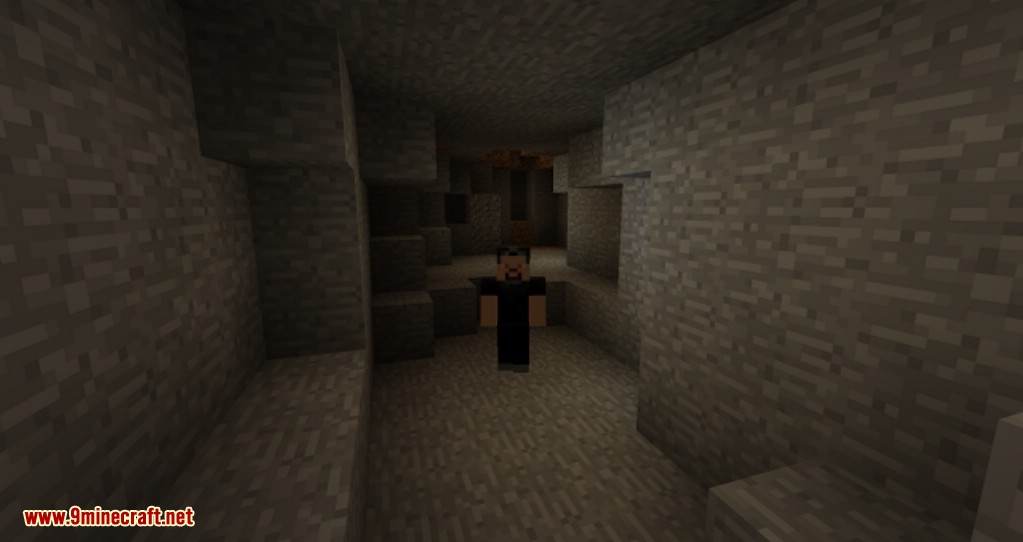 This is a Goblin. It usually spawns in groups and if it is almost dead it will start running away from you. When you kill it you will get a spear tip. The spear tip is used to make a Bone Spear. 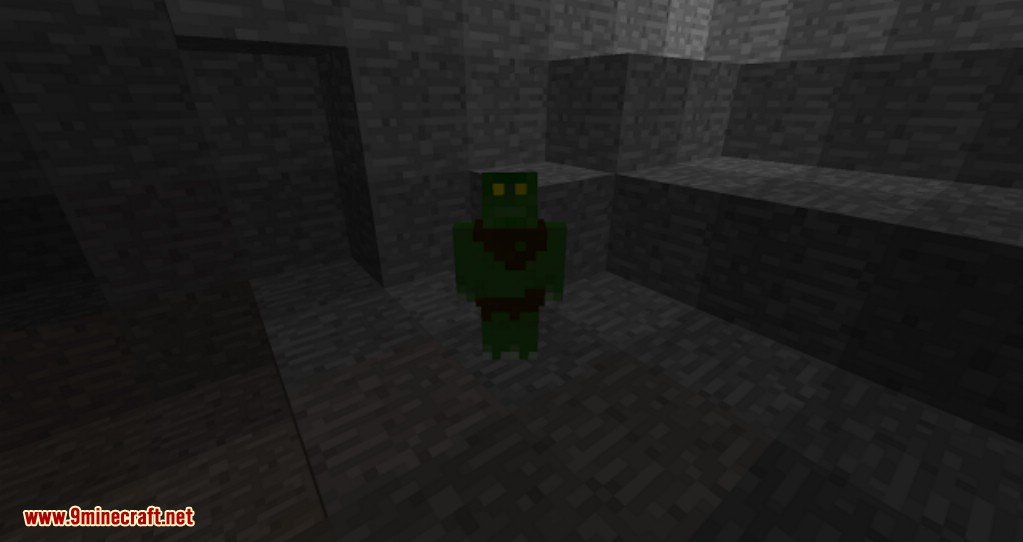 This is a Giant. These mobs only spawn in the dark like skeletons. However, unlike most mobs they can survive in the light. You won-t find these mobs easily. They are also not hostile unless you attack them. As seen on the picture above they are very big. They are also very strong and have a lot of health. However, they are big so you can easily trap them. The Giant drops a Giant Bone. 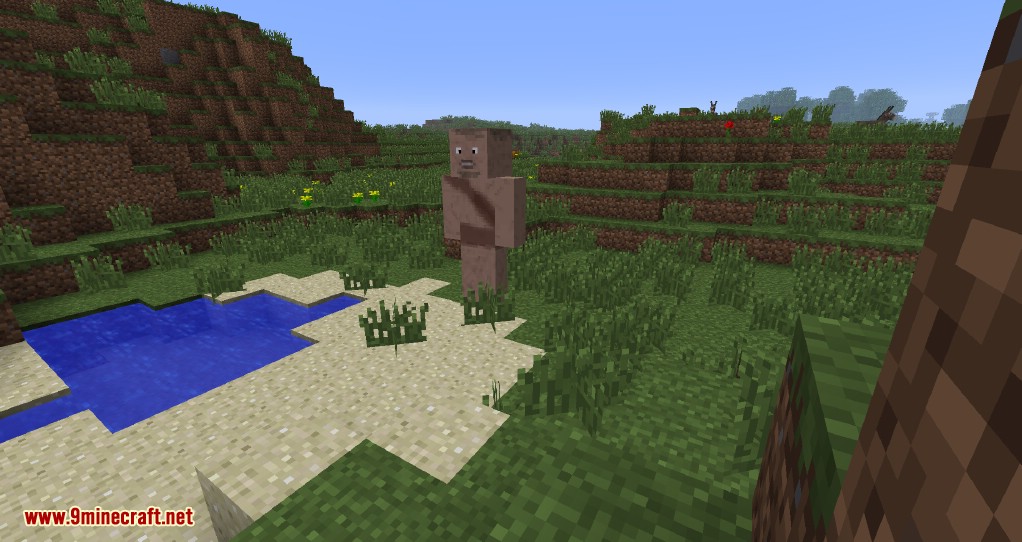 This is a werewolf. Werewolfs only spawn in the dark and during the night. When it becomes they this werewolf will die and if it is above ground it will turn into a normal wolf. These mobs drop raw porkchops. 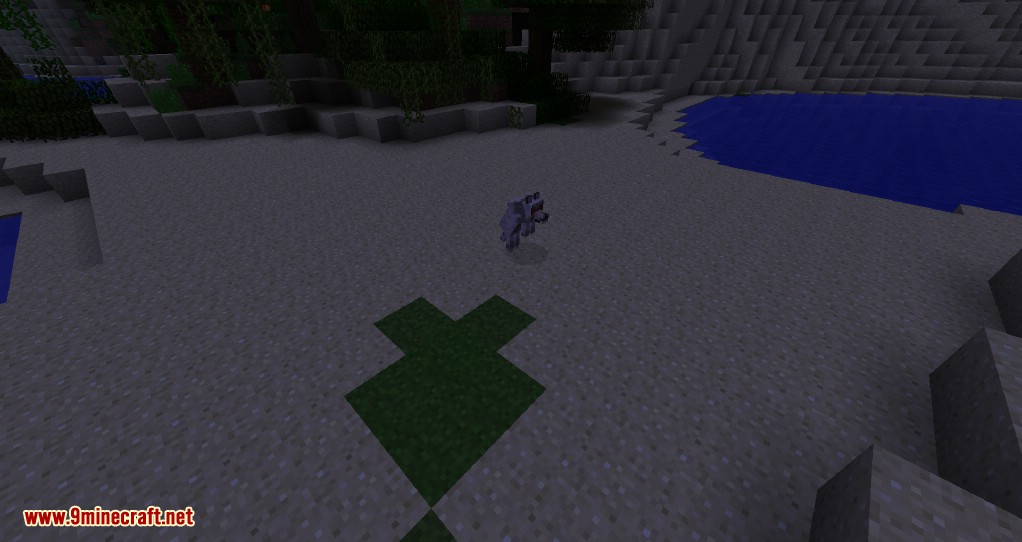 This is an Orc. Orcs only spawn in the dark, but they can survive in daylight. When these mobs attack you, you will be set on fire so be careful with these. The danger with these mobs is high. However, there is also a good reward. When they die there is a chance that they will drop an Uruk Hai Sword which can be used to set other mobs on fire. There is no way to craft this weapon. 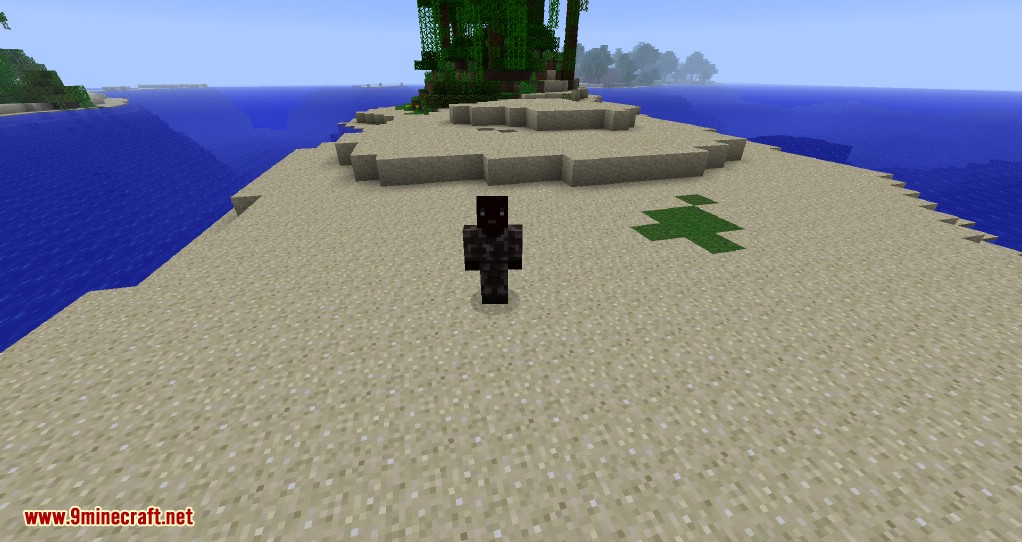 Pigmen look like this. Pigmen spawns in groups on the surface. When you kill them they will drop porkchops. 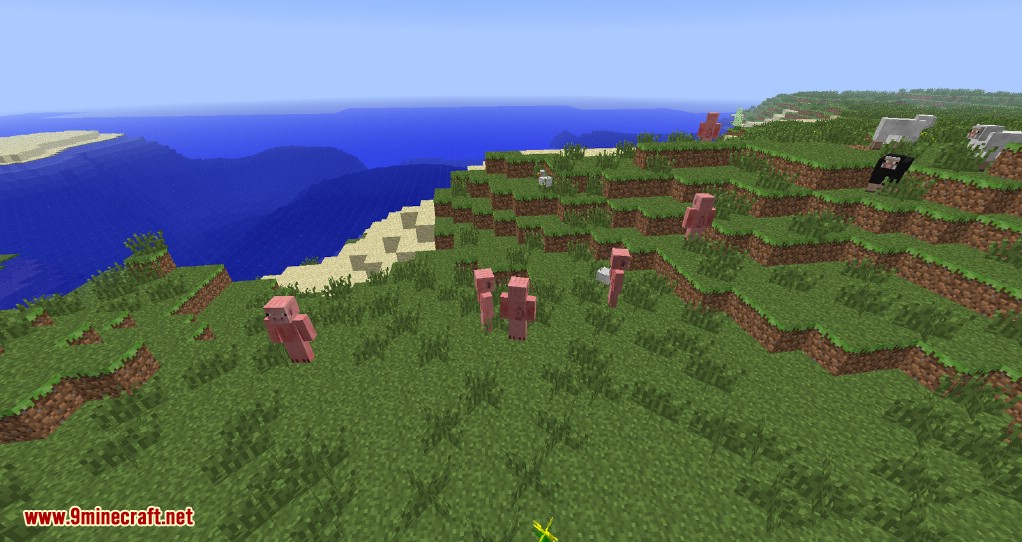 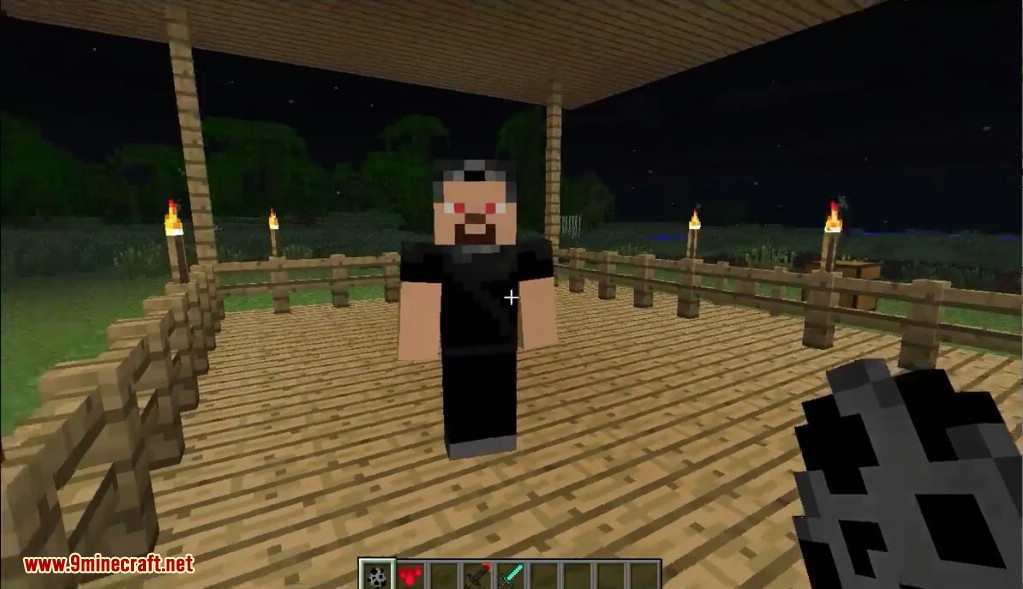 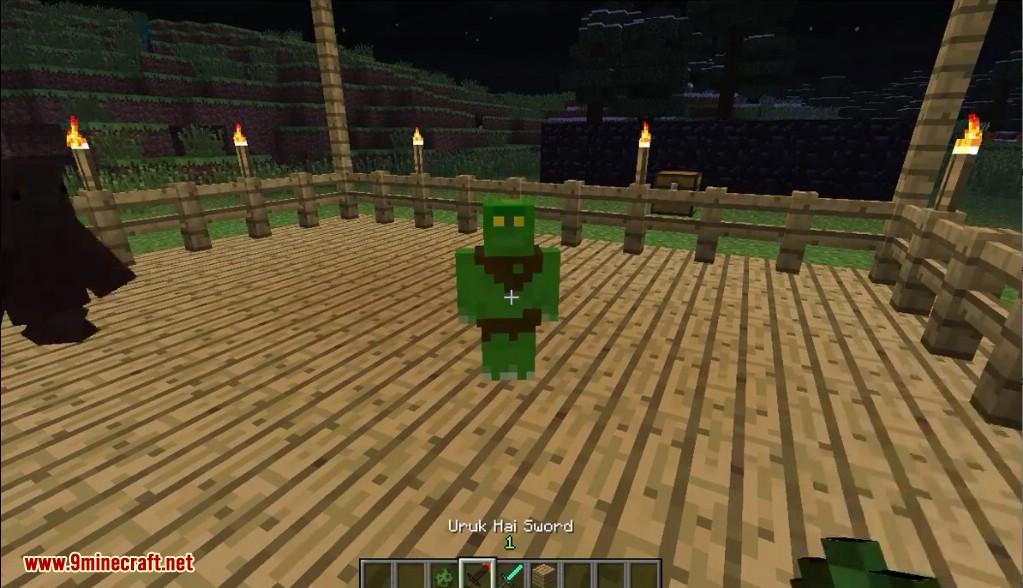 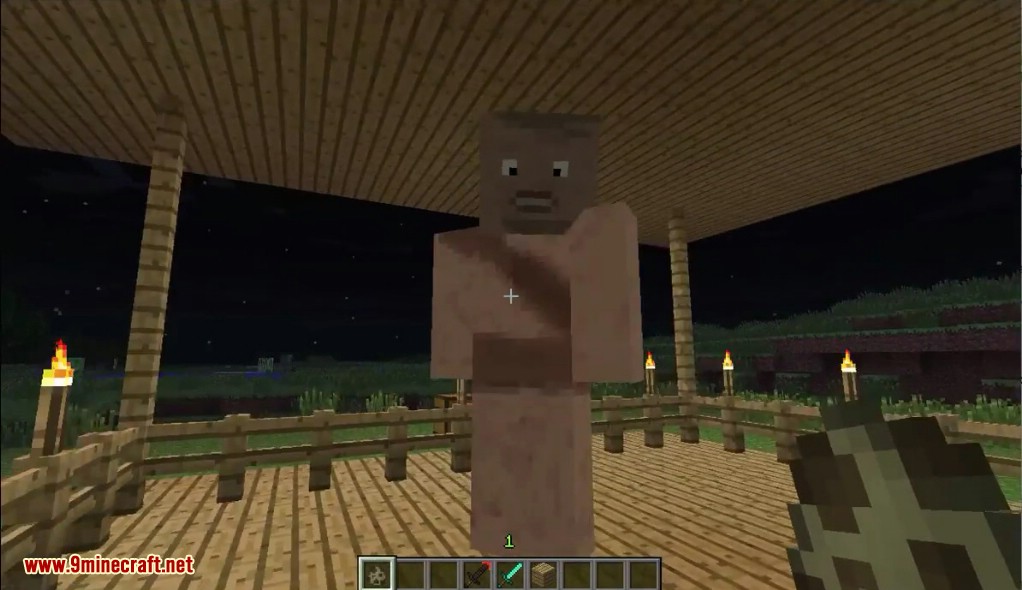 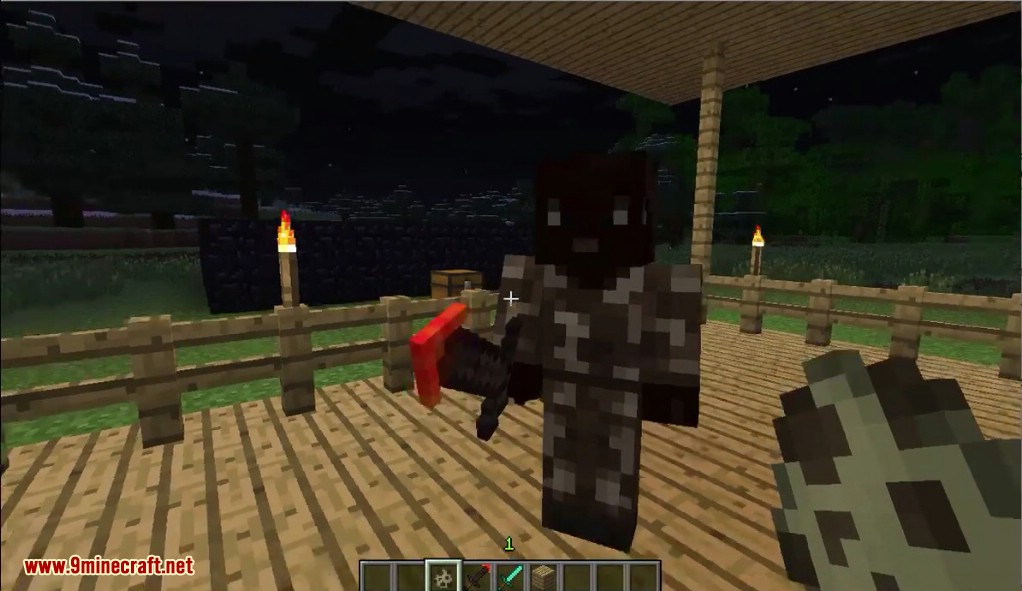 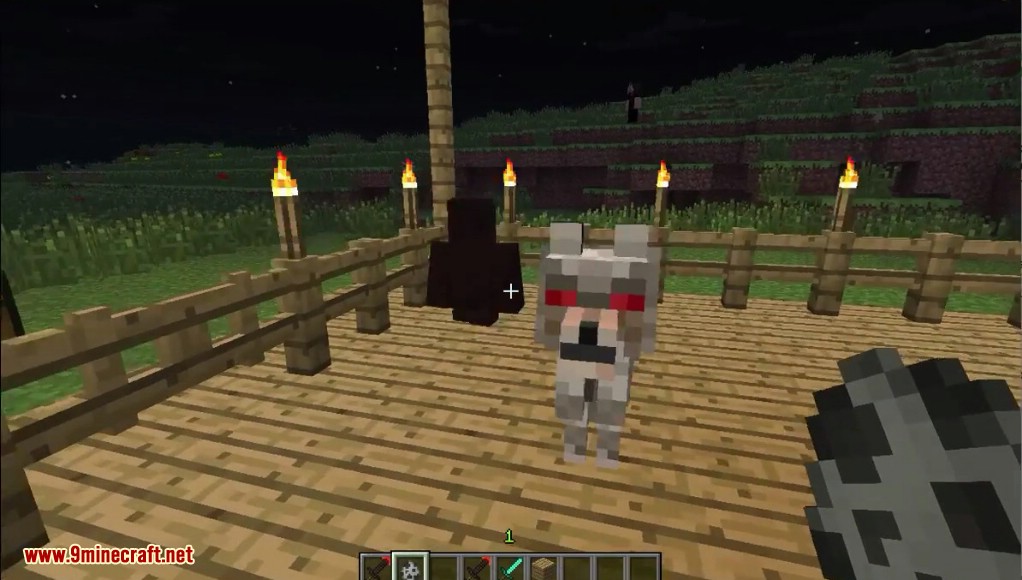 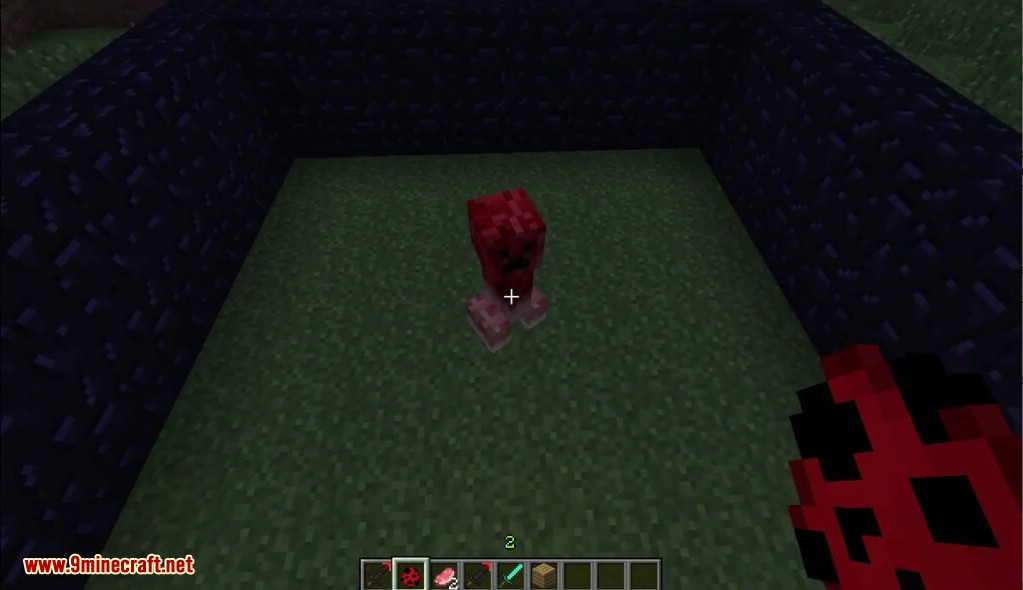 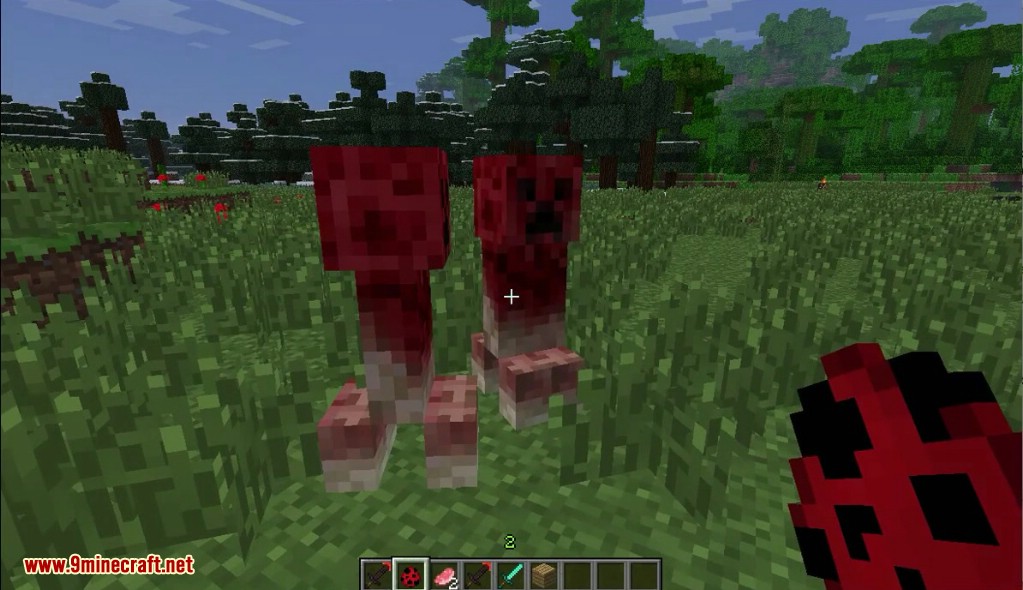 Vampire blood: You can craft bloody giant bones with it as well. 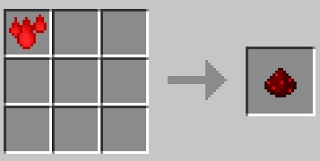 These bones are used to craft Bone Spears.

A bone spear is crafted like this. The thing on the top is a spear tip. You can get it by killing goblins. The thing in the middle is a bloody giant bone. You can get that by crafting vampire blood from the Vampire or Vampire Bat and a giant bone from the Giant together. Bone spears are pretty powerful. They could easily kill a mob before they can get to you and they are pretty cheap.