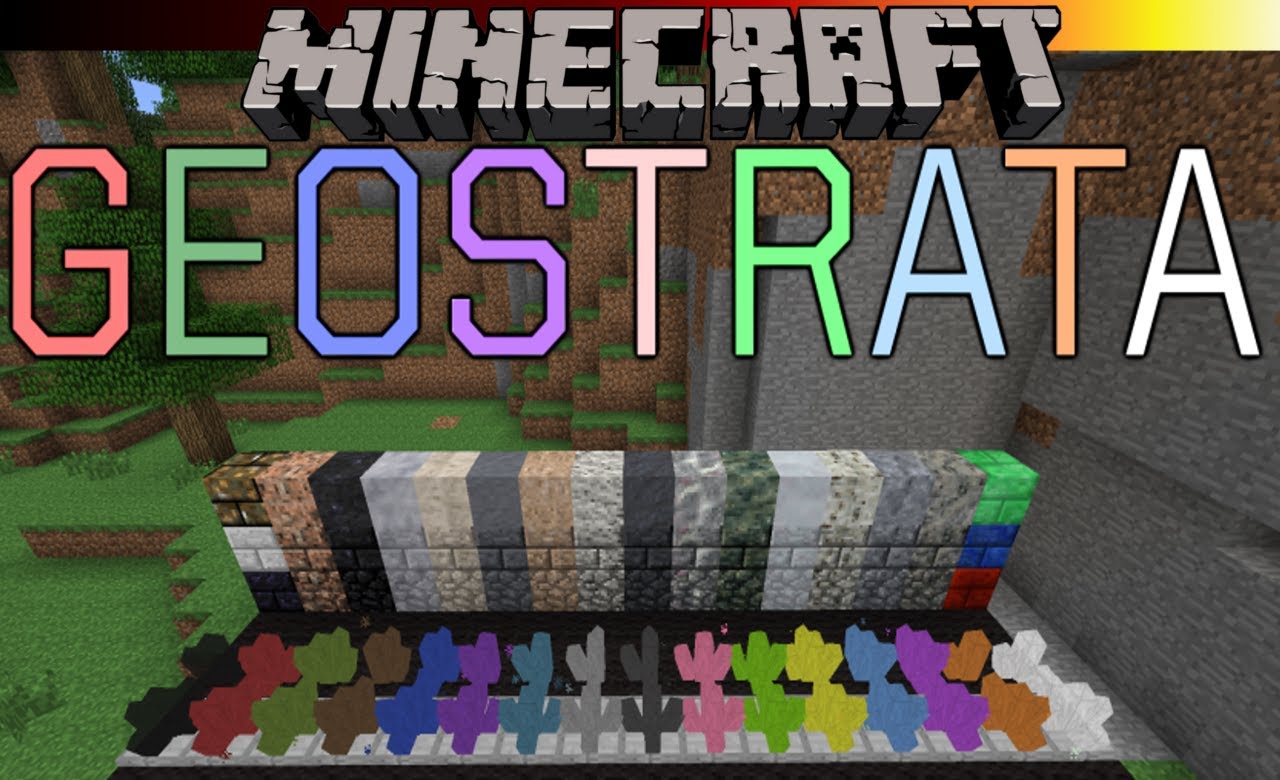 When broken all of these will drop their cobblestone type; only a Silk Touch-enchanted tool will yield the specific block type. All of the blocks listed have their own type of cobblestone, stone and bricks. The layers listed is an approximation of where they have been most seen.

Crystals are a semi-rare formation in caves. They come in an array of colours, all of which give a brief unique potion effect. They have a range of 3 blocks from the Crystal. When broken with a Silk Touch-enchanted tool the crystal block will drop, otherwise shards of that crystal will drop.

Crystals can be used to create Crystal Lamps which give no effects and the much more costly Potion Crystals which give level III effects and in a greater range than the raw cave crystals.

All of the effects listed below will last for 10 seconds. Effects marked with * do not affect players. 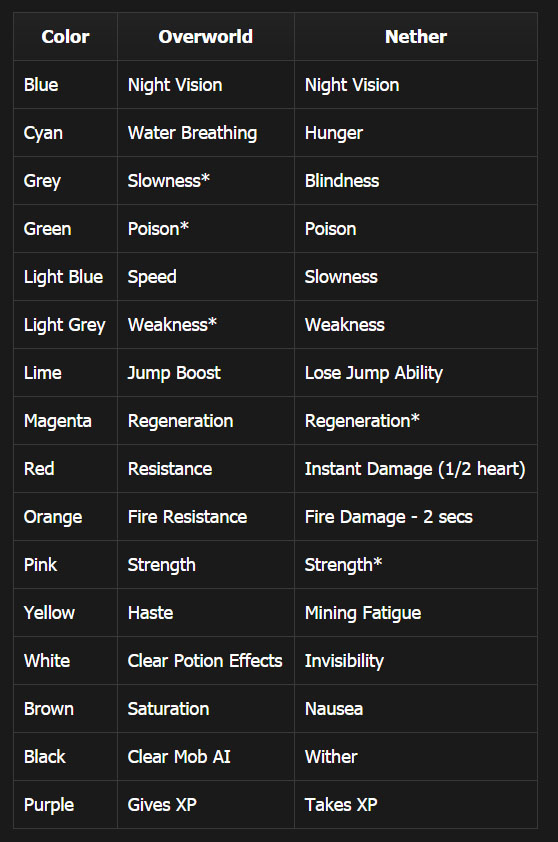